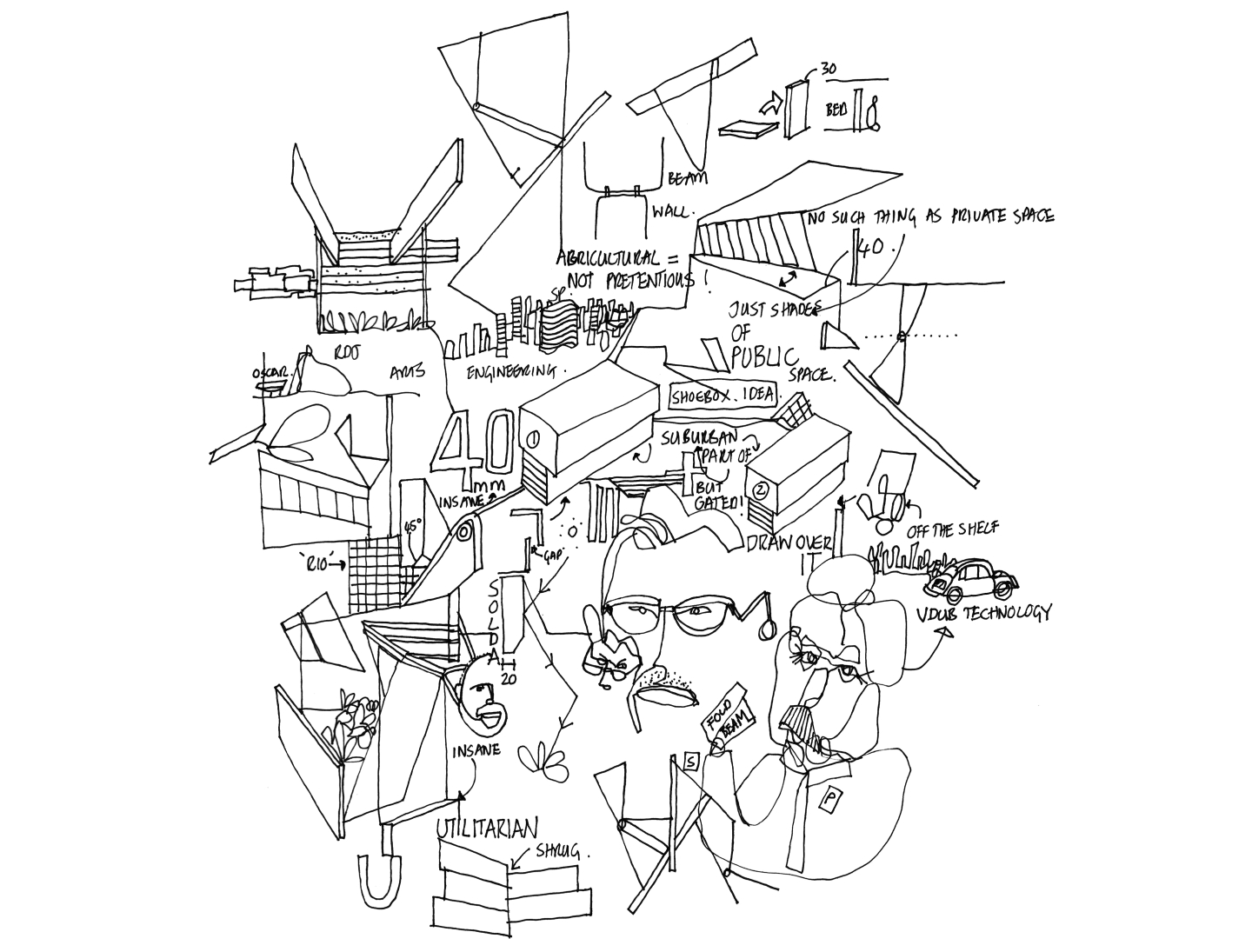 In this lecture, Scott Burchell and Troy Donovan will discuss the construction processes and finest architectural details used to create Casa Butantã (1964) and Casa Masetti (1967-70) designed by the Paulista master, Paulo Mendes da Rocha. The lecture will present a photo essay through the eyes of a master builder who has examined these projects closely and a master of construction detailing who will de-construct the houses into a series of sketches illustrating their function and design. The lecture will explore how these two projects have influenced their own praxis as builders and designers. If quality in construction is the sum of many carefully considered and executed details, how to be both innovative and effective in communicating those details? What is the best way to portray a novel solution and have it carried through to construction?

Scott Burchell started out studying Architecture at Sydney University before moving to London in 1985 and following a variety of paths including motorcycle mechanic, steel fabricator, furniture maker and then carpenter. A foray into bespoke construction in the 1990’s galvanised all the experience he had gained, and provided a perfect outlet for creativity, making and problem solving. Founding COMB construction in 2002, Scott is a residential builder in Melbourne, undertaking some of the most complex architecturally designed projects in the country. Scott’s passion for architecture has seen him travel widely to that end including Japan, Spain, Portugal and multiple trips to Brazil. In 2017 Scott had the privilege of spending a few days in studio with Pritzker Prize winner Paulo Mendes da Rocha, and visiting and documenting many of his works.

Troy Donovan has a broad range of industry experience, having worked in Australia, New Zealand, New York and is a principal at Prism Façades. As a façade designer, he has developed specialist skills in the design of components and custom fabrication, and has extensive experience in the innovative use of materials. Troy has a deep understanding of the construction and fabrication of facade systems, which he applies to both the development and review of new facades. He is also an accomplished illustrator, creating detailed system sketches to aid in the design of facade schemes.