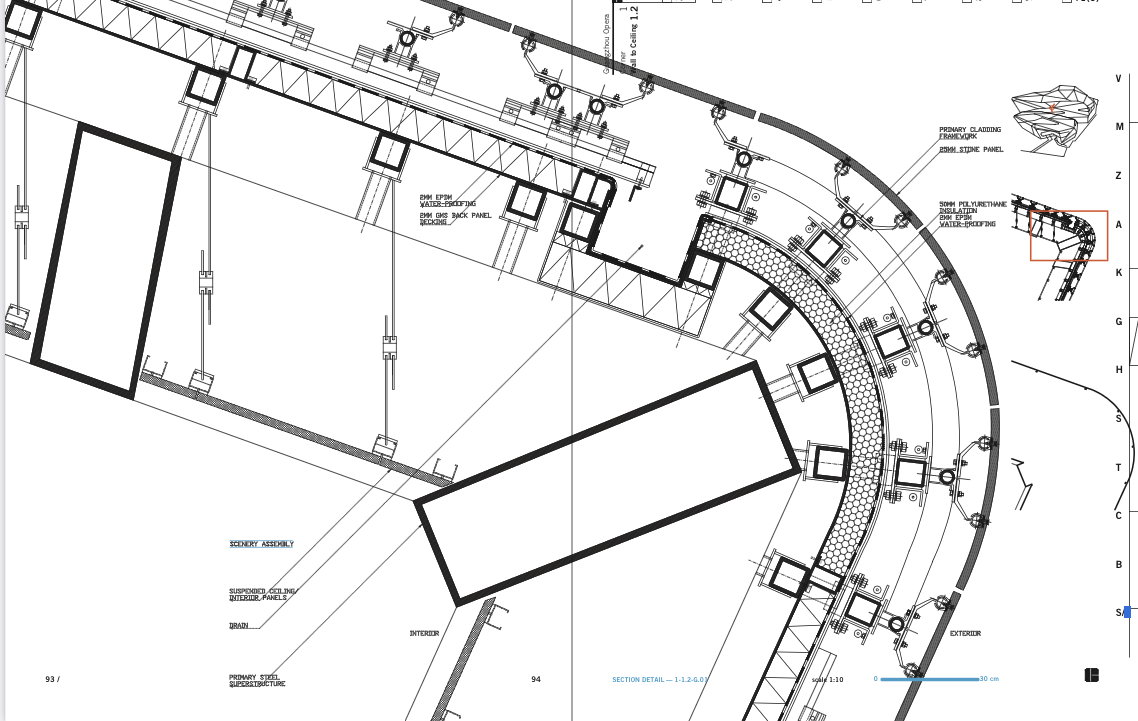 The detail has fallen into a cyclical misunderstanding within the conceptual and technical spectrum known as architecture. In his book Detail Kultur, Christoph a. Kumpusch settles this mistake through an investigative matrix of case studies, scaled drawings, interviews, and analytical texts, claiming yet again the fundamental importance of the detail. Architectural details are typically communicated through technical drawings. A photograph or model might convey details in context or the ultimate visual effect generated by a detail, but the drawing remains its standard referent and it is from drawings that details are archived, revised and appropriated. How do we come to understand the relevance of details through their drawings? How are drawings handled as more than illustrations for text? Can text serve the drawings and suggest new ways of looking at these drawings?

Christoph a. Kumpusch is a New York-based architect and the Head of Forward-slash ( / ) Architektur and the Co-Founder of the Mutating-Cities Institute. He teaches design studios and visual studies courses in the Architecture and Real Estate programs at Columbia GSAPP, where he also directs the Extraction Laboratory. Kumpusch was a Leonardo da Vinci Fellow and a Rudolf M. Schindler Scholar, MAK Center Architect in Residence, USAA Scholar, National Collegiate Engineering Award-winner and a 2013 and 2015 Graham Foundation Grantee. Kumpusch is co-author of System Wien; editor of IDEA(u)topsy; IDEA(L); Built Ideas; The Light Pavilion (Lars Müller Publishers, 2013); Urban Hopes – Made in China (Lars Müller Publishers, 2014); Detail Kultur (english, chinese) – If Buildings Had DNA (AADCU, 2016) and Detail Kultur (arabic) – If Buildings Had DNA (Dongola, 2020).